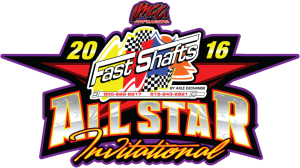 BOONE, Iowa – Two more former race winners joined the field for the upcoming Fast Shafts All-Star Invitational through the at-large round of voting.

Jay Noteboom, winner of the 2005 and 2008 events, and Chris Abelson, the 2011 race winner, are among 18 Xtreme Motor Sports IMCA Modified drivers advancing from the second round of balloting, which ended on Friday.

Noteboom will start his career ninth All-Star event, more than any other driver, on Friday, Sept. 9 during the IMCA Speedway Motors Super Nationals fueled by Casey’s at Boone Speedway. Abel­son takes the All-Star green for a sixth straight year.

Completing the field of 30 will be All-Star candidates with the top national point total and the most 40-point feature wins compet­ing at Super Nationals.

Voting by region and at-large was conducted through the IMCA Facebook page. The All-Star Invita­tional pays $1,000 to win and is a qualifying event for the 2017 ballot.

June 12, 2021 The Boone Speedway was back in action on Saturday night with 134 race cars checked in for... read more

April 20, 2013 The cold weather continues, but so does the racing action at the Boone Speedway.  Saturday was  night... read more