The Monroeton, Pa., driver got a healthy $2,000 worth of help toward travel expenses from Dunn Hill 2 Speedway promoter Mark Spencer, who made good on a pre-season promise to help send the track’s first Modified champion to Super Nationals.

Sites, his father Eddie and brother Brad – who won the factory stock title at DH2 as a rookie this season – made a 16-hour tow to be part of America’s Racin’ Vacation.

“When Mark announced that he’d help the track champion get to Boone, I really focused on winning the championship. We’re really grateful for the help,” said Sites, who hotlapped for the first time on Monday. “This is one of the most impressive tracks I’ve seen. There’s a lot of bite and it’s very well taken care of.”

Also a two-time winner and the point leader in the World Products Empire State Series, he’ll be eligible to qualify for the Harris Auto Racing Race of Champions.

“It would be great to make the feature or the race of champions,” Sites said. “Super Nationals is totally unlike anything we’ve been part of before and I know we’ll have a lot of fun here.” 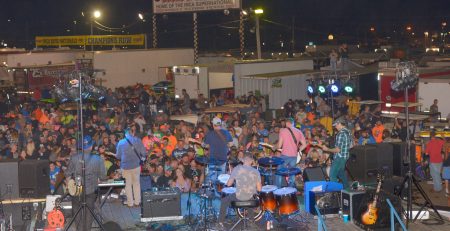 Sunday Night Party in the Pits

After parting in the pits at Boone Speedway with several thousand of their best friends on Sunday night, drivers... read more 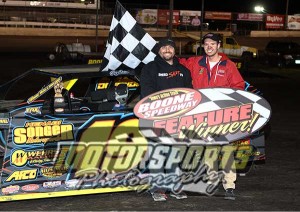 Boone Speedway kicked off its racing season with the annual Frostbuster special on Saturday night.  This was the fourth... read more