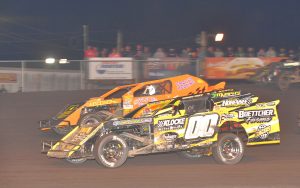 Colby Fett will start at the front of the outside row in Saturday’s championship event for Northern SportMods at the IMCA Speedway Motors Super Nationals fueled by Casey’s. (Photo by Tom Macht, www.photofinishphotos.com)

Lining up behind Fett on the outside row will be Cory Rose of Boone, Dakota Sproul of Ellis, Kan., Shawn Harker of Nebraska City, Neb., Taylor Musselman of Urbandale, Rusty Montagne of North Sioux City, S.D., Gunnar Pike of South Bend, Neb., and Andrew Inman of Mason City.

Fett had passed Sproul for the front spot on lap 16; McBirnie made his own pass for the lead on the white flag circuit and beat Fett to the checkers by half a car length.

Rose and Harker both qualified for the third time in their respective careers, Fett, Sproul and Musselman each for the second and Montagne, Pike and Inman each for the first.

There is so much happening, you can’t miss it!  Let’s get ready for the 2013 IMCA Speedway Motors Super... read more 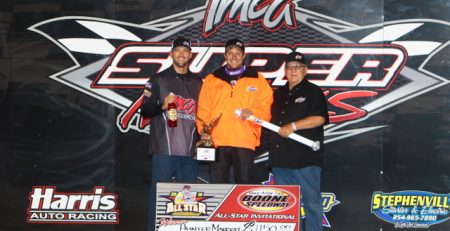