Gustin goes to Victory Lane along with Schmidt, Pestotnik, Watson, Palmer and Zehm

Gustin goes to Victory Lane along with Schmidt, Pestotnik, Watson, Palmer and Zehm

Weekly racing continued at the Boone Speedway on Saturday night, with racing in all classes.  An added King of the Hill for the IMCA Modifieds also entertained the crowd with Mike VanGenderen standing atop the hill.   Jimmy Gustin found victory lane for the first time this season in the IMCA Snap-on Tools Modified class, Jay Schmidt returned with a repaired race car from an incident last week, to find the winner’s circle in the Arnold Motor Supply IMCA Stock Car division.  Cory Pestotnik looked strong in winning the Elmquist Towing IMCA Northern SportMod feature. The K1 Race Gear IMCA RaceSaver Sprint feature saw DJ Palmer take his first career win in the division. John Watson returned to victory lane in the Pickett Salvage Hobby Stocks, as did Bryan Zehm in the My Race Pass MADCRA Mod Lites.   The Two-Person Cruiser feature saw the duo of Mason and Agan repeat their win from last week.

The Mod Lite feature went to Bryan Zehm who led the 15-lap caution free race from start to finish.  He had close company the whole way and had to fend off second place Randy Bryan and third place finisher Justin Rankin the entire race.  Mike Kennedy finished a close fourth place, and last week’s winner Joel Huggins, completed the top five.  This was Zehm’s second win at the speedway this season.

The IMCA Northern SportMods saw four caution flags fly in the first six laps of their 18-lap main event,  but then were able to race without stoppage the rest of the way to the checkers.   Cory Pestotnik started eighth and had the lead with a handful of laps in the books, and from there on out, pulled away to a decisive win….his first of the year.  Tyler Inman chased the winner across the finish line from a distance to score the runner up position.  Eleventh place starter Tony Olson was third, fourth went to Jake McBirnie from sixteenth starting spot, and Kyle Olson was fifth.

The IMCA Modified 20-lap feature went flag to flag and it was Jimmy Gustin with a “walking the dog” win.  Gustin, who started eleventh, was in the hunt early in his pursuit of early leader Denny Pittman.  Just after lap six was scored, Gustin made his way around Pittman to take over the lead, and then pulled away from the field.  Behind him however, there was a fierce battle going on between Pittman, Thor Anderson, Al Wolfgram, and Ricky Thornton, Jr. After several positions swaps, Thor Anderson held down the runner up spot, third was Al Wolfgram, fourth went to Denny Pittman, and Ricky Thornton, Jr. rounded out the top five.  This was Gustin’s first trip to victory lane at Boone Speedway this season.

Earlier, there was a King of the Hill competition in the Modified division and it was Mike VanGenderen in the final round besting Al Wolfgram, Thor Anderson, and Josh May.

Jay Schmidt’s bad luck from last week, which left him with a disabled race car, had a big turn around this week as he took the win in the IMCA 18-lap Stock Car feature.  Early leader Justin Nehring had the bad luck turn this week, as he had to exit during a caution at lap ten, which left Mike Goldsberry inheriting the lead.  Meanwhile, he had some heavy competition closing in as the race wore on.  He was having to fend off the advances of Jay Schmidt, Cody Gustoff, Scott Davis and Kevin Opheim.  An incident on the track resulted in a green-white-checkered finish, and it was defending track champion, Jay Schmidt getting his redemption for last week, as he flashed under the double checkers first and scored the victory.  Mike Goldsberry was second, third was Cody Gustoff, Scott Davis finished fourth, and Kevin Opheim took fifth.

A new first time winner took the podium in the RaceSaver Sprint 20-lap feature.  DJ Palmer scored his first career win in the sprint car class, and did a little wing dance in celebration.  C. J. Houseman was closing in on Palmer, who had led from the drop of the green, but ran out of time to score more than the runner up spot.  Mike Houseman also closed in on the leaders in the final moments, but had to be content with third place.  Fourth went to Tyler Thompson, and fifth was Joel Thorpe.  The race went caution free.

John Watson got back to his winning ways and scored the Hobby Stock win.  Watson came from eighth starting spot, to take the victory in the 15-lap contest.  Aaron Rudolph started ninth, and took second, third went to Kaden Reynolds who started twelfth, Shaun Wirtz came from sixteenth to score fourth place, and Dillon Magnussen started thirteenth, and was fifth.  This was Watson’s second win of the 2019 season.

Racing continues next Saturday night, May 18, with racing in all classes, plus the UTV Side by Sides will also be on the docket.  Grandstands open at 5, hot laps are 5:45, and racing at 6:30. 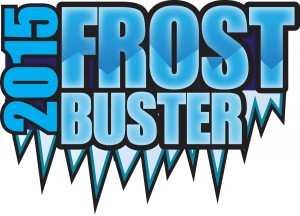 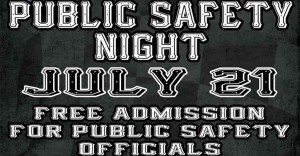