It was a full night of racing, plus chills, thrills, and fireworks at the Boone Speedway on Saturday night. The portion of the Eve of Destruction that was washed out on the 4th of July was completed including thrill stunts by Dr. Danger and a roll over contest. Jimmy Gustin found Victory Lane in the IMCA Modified class, Donavon Smith won the IMCA Stock Car make up feature from July 4, and Troy Jerovetz won the Saturday night feature. Jake McBirnie returned to the winner’s circle in the IMCA Northern SportMod division, Daniel Smith also repeated in the IMCA Hobby Stock class, as did Jeff Stensland in the Mod Lites, and Joel Thorpe scored his first career victory in the IMCA RaceSaver Sprints.  The #00 continues its domination in the two person Cruisers with this weeks duo of Donny Mason and Carl Agan.

The rained out IMCA Stock Car feature from the 4th of July ran the make up to start the night’s program.  Donovan Smith took the win.  Jay Schmidt scored the runner up position, Scott Davis came from the 5th row to score third, David Smith was fourth, and Tyler Pickett rounded out the top five.

Joel Thorpe led all 20 laps of the IMCA RaceSaver Sprint Car feature and in doing so, captured his first career win in the class.  Mike Houseman chased the leader the entire race but had to be content with second place.  DJ Palmer was third, fourth went to Tyler Thompson, and Ryan Navratil was fifth. The race went caution free.

It was Jeff Stensland taking the checkers in the Mod Lite 15-lap main event.  Stensland led early, then lost the lead to Joe Glick who appeared to be on his way to the win.  Then with two laps to go, Glick was suddenly off power, and Stensland found himself with a clear path to victory.  Mike Kennedy took the runner up spot, Bryan Zehm was third, and Ben George and Randy Bryan completed the top five.  This was Stensland’s second trip to Victory Lane.

Cam Reimers led the opening laps of the 18-lap IMCA SportMod feature but was soon challenged by Jake McBirnie.  The two drivers swapped positions a couple of times until McBirnie finally established himself as the leader.  He then pulled away to take the win by a comfortable margin over second place Reimers.  Chad Ryerson was third, Cory Pestotnik was fourth, and Curtis Veber a close fifth.  This marked the fourth win of the season for McBirnie.

Joel Bushore had his 6-cylinder humming on the top of the track to lead the early portion of the IMCA Modified feature.  However, Jimmy Gustin soon came calling and took command with a handful of laps down.  From there on, he kept that top spot all the way to the checkers and the win.  Richie Gustin challenged the leader for several laps, but ended up a distant second at the end.  Fifteen year old Kollen Hibdon from Pahrump, Nevada had a good run to finish in third place, fourth went to Eric Elliott, and visitor for the night Cory Wray from Trenton, Missouri, started twentieth and finished fifth.

Troy Jerovetz secured his first win at the track when he took the flying checkers in the 18-lap IMCA Stock Car class.  Jerovetz started seventh and took the lead on lap eleven to seal the deal.  Donovan Smith started tenth and finished second, Jay Schmidt came from twelfth to score a third place finish, veteran racer Robert Stofer drove it from fourteenth to finish fourth, and Scott Davis was fifth after starting eleventh.

Weekly racing continues next Saturday, July 13 with hot laps at 6:15 and racing at 7. 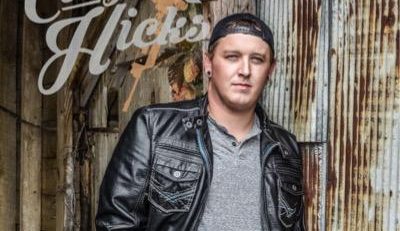 Tailgate party, concert on tap for Sunday before Super Nationals at Boone Speedway

BOONE, Iowa – The fun starts on Sunday, the day before cars start taking serious laps at the... read more