Make up features plus full show at Boone Speedway

Make up features plus full show at Boone Speedway

It was a full night and more of racing at the Boone Speedway on Saturday night with 171 cars packing the pits.  Three make up features from last week’s Frostbuster were run first thing and then a complete show for the season opener got under way.  The youngsters even got to partake in a quest for Easter eggs prior to the start of the evening’s activities.

The IMCA Stock Car make up was a hot and heavy 20-lap battle.  Jerry Gifford led the opening laps, soon to be joined by Donavon Smith, Randy Brands and Wayne Gifford in a tight battle behind him for position.   Brands would be eliminated from the tussle when he had to retire to the infield, but the jousting continued with Josh Daniels, Trent Murphy and Bob Daniels joining in.  Smith managed to pull off the pass for the lead with three laps remaining, put distance between himself and second, and secured the win.  Jerry Gifford took the runner up spot.  The third through fifth spots were a real toss up in the waning moments,  with Josh Daniels being scored in third, fourth going to Wayne Gifford, and Bob Daniels finishing fifth.

The Modified make up feature was 25-laps with Todd Shute capturing the win.  Shute finished a comfortable distance ahead of Troy Cordes, in second.  Mark Elliott took third over Russ Dickerson in fourth, and Jimmy Gustin rounded out the top five spots.

The Mod Lite feature was the first of the regular night’s main events.  Dusty Masolini got his season off to a good start by taking the first win of the season in the division.  Mike Morrill finished in second, ahead of Jimmy May in third.  It was nip and tuck at the line, but Randy Bryan beat out Bryan Zehm as they went fourth and fifth.

Up next was the 18-lap Northern SportMod A main.  Cody Hennings grabbed the lead from Brandon Williams at lap five but was soon being tailed by a flying Ben Kates.  Kates, who started eighth was able to make his move around Hennings at lap nine, never to relinquish it.  Kates took the win, his second in as many weeks, as he was the winner of last week’s SportMod Frostbuster—the only feature that was able to be completed before the rains came.  Hennings hung around to finish in the runner up spot.  North Dakota driver Justin Medler finished third, Clint Luellen was fourth and Brandon Williams took fifth place.

Ronn Lauritzen and veteran Denny Pittman drew the front row for the start of the 20-lap IMCA Modified feature.  Pittman grabbed the lead when the green dropped.  When a yellow flew at lap four, Jimmy Gustin was the guy on Pittman’s tail having gotten around Lauritzen.  Pittman didn’t let the restart situation 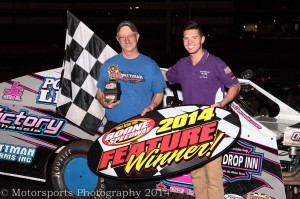 Denny Pittman grabbed the lead at the drop of the green flag, survived a restart with the lead and held on for the IMCA Modified feature win on Saturday, April 19, 2014, at Boone Speedway.

bother him in the least, speeding off again to the lead.  Pittman drove a perfect line around the oval,  Gustin doing everything to get around him.  There was no waiver in Pittman tonight, as he continued without a flaw, taking the checkers for the win…..the first for him in a good while.  Gustin had to settle for second, and Ronn Lauritzen for third.  Jacob Murray took fourth and Eric Elliott came from eighth to finish in fifth.

The IMCA Stock Car feature saw Donavon Smith take the early lead, but Jerry Gifford took over the top spot with just a handful of laps in the books.  Gifford never gave up that lead the rest of the distance to the checkers, securing his first win of the season.  Trent Murphy closed the gap on the leader in the last couple of laps, but could only garner second place.  Donavon Smith hung toward the front the entire race and finished third.  Jay Schmidt had an impressive run, coming from eleventh to finish fourth, and Marcus Fagan took the fifth place.

The 12-lap IMCA Hobby Stock feature was won easily by Shannon Anderson.  Anderson, who started on the pole, drove off from the rest of the field.  Mike Pruitt had a good run, coming from tenth to finish in the runner up spot.  Tyler Pickett took third, John Watson started twelfth to be scored in fourth, and Eric Stanton started ninth and finished fifth.

Next Saturday’s races will once again feature the five regular classes.  The early start times for the month of April will be hot laps 5, with racing at 6. 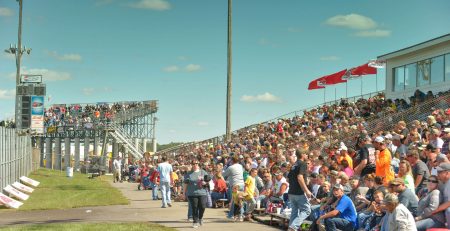 Prelude to the Super Nationals

BOONE, Iowa – A preview to the greatest show on dirt is this Saturday at Boone Speedway. The Sept. 3... read more 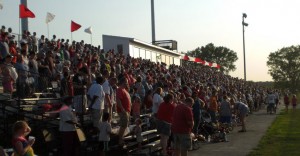 Students aged 19 and under are invited to celebrate summer at Boone on Saturday, June 11, 2011. Free admission... read more