Rick Ringgenberg going out on top 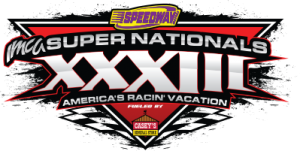 Rick Ringgenberg going out on top

While he plans to get a street rod or cruiser to keep his foot in the racing door, the

veteran from Kelley calls it a career this September. He’ll take the green flag in the 15th of 20 Northern SportMod heats this evening.

“I’ve got all the wrenches, I might as well keep wrenching,” Ringgenberg said. “It’s been a long haul, 25 years. I’ve never been outside the top 10 in points and I want to go out on the high side.”

He made the big dance for times in a Hobby Stock, finishing third in 1997, and twice in a SportMod, also with a best finish of third, in 2005.

“It would be a good sendoff if I can make the Saturday show,” he said.

Those drivers drew cards to determine starting positions in their respective events. Myles Michehl has the pole for the Hobby Stock RoC while Lucas Lamberies will start the SportMod event from inside row one.

BOONE, Iowa – Five of the champions crowned at the upcoming IMCA Speedway Motors Super Nationals will make the... read more 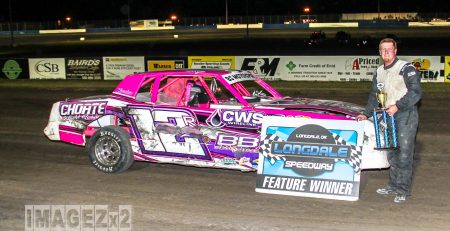 Oklahoma driver is wishing for sooner start to Super Nationals

Due to the unfortunate weather forecast for this weekend we are postponing the 50th Anniversary Race until July. As... read more