It was season championship night at the Boone Speedway on Saturday night.  The top ten in points from each class were locked into their feature race, and the rest of the field was determined by last chance qualifiers. There was out of car introductions in front of the grandstand before each feature race.  All classes had 5 extra laps added to their feature events.   Five feature winners, and five track champions were crowned at the end of the night’s racing action.

The My Race Pass IMCA STARS Mod Lites ran 20 laps for their A main, which did not start off well.  Two cars flipped wildly on the backstretch just after the green flag dropped.  Cliff Barber and Travis Messamer took quite a ride, but both were okay.  On lap three, it was Chad Culp rolling his ride in turn four, bringing out the second red of the race. He was also not injured.

When the race restarted, it was Mike Kennedy leading, but it was short lived as Randy Bryan claimed the top spot at lap four.  It was Bryan’s race from there on out as he pulled away to take the easy win…his second in as many weeks.  Mike Kennedy was second, it was a close one for third and fourth with Josh May winning out, just beating Bryan Zehm at the line.  Jon Braathun rounded out the top five.  Josh May is the Mod Lite track champion.

Johnathon Logue put together back to back wins in the Elmquist Towing IMCA Northern SportMod 23 lap feature. Izac Mallicoat and Logue wrestled for the top spot for much of the first portion until Logue was able to establish the lead at lap eleven, and was able to hold it the rest of the way to the checkers.  Mallicoat finished as the runner up, Kaylin Lopez ran up front all race long, and finished third, and it was Chad Ryerson in fourth, and Dusty Masolini in fifth.  This was Logue’s tenth regular feature win of the season, and he is your 2021 track champion for the second year in a row.

The D & E Outside Service IMCA Modifieds ran 25 laps for their feature race.  This one had a good contest going between Cory Sauerman and Mike VanGenderen as they went at it.  VanGenderen caught then leader Sauerman and began throwing slide after slide that didn’t quite stick until lap sixteen when he snatched the lead.  His good fortune would end just a couple of laps later when he was out of the race with mechanical issues.  Sauerman would then go on to lead the remaining laps and capture the win.  Pole sitter Nick Roberts was second, Todd Shute came from eleventh starting position, to finish a close third, fourth went to Paul Nagle, and Brandon Leeman was fifth.  This was Sauerman’s third feature win of the year.  The track champion for 2021 is Nick Roberts.

The Arnold Motor Supply IMCA Stock Cars went 25 laps for their feature event, and it was the Smith Brother’s show as the brothers finished one-two-three.  Donavon Smith, as point leader, started on the pole and kept his ride on the low side as he usually does.  Michael Jaennette chased Smith in the opening laps, but shortly all eyes were on two other Smith’s flying along on the topside…David and Devin Smith were coming!  At lap ten, David had moved into second spot, and Devin followed him to run third.  It was a great side by side battle for second place with Devin finally winning the runner up spot, and then began to reel in leader Donavon.  He got the job done, taking the lead on lap eighteen and holding off his brothers for the win.  Donavon Smith was second, with David Smith in third place.  Fourth went to Justin Nehring and Michael Jaennette was fifth.  This was Devin Smith’s fifth regular season win at the speedway this season.  Donavon Smith repeated his track championship for the second year in a row.

Braden Richards looked to be easily on his way to victory in the Pickett Salvage IMCA Hobby Stock 20 lap feature after grabbing the lead from Eric Stanton on lap five, and then sailed away, and appeared to be gone.  A flat tire with just one lap remaining was the nemesis for Richards on this night, as he was out of the race.  Solomon Bennett was the lucky one as he took over first place and raced home to the checkers and the win.  Eric Stanton finished as the runner up, Mike Smith took third place, fourth went to Eric Knutson, and Curt Reed completed the top five.  This was Bennett’s first win of the year.  Eric Stanton is the 2021 track champion in the Hobby Stocks.

This concluded the regular weekly racing at the Boone Speedway, but there is much more racing ahead.  Next Saturday, September 4, is night #1 of the Prelude to the 39th IMCA Super Nationals, with full shows for the Modifieds and Stock Cars, and qualifying for the STARS Mod Lites.  Then on Sunday, September 5, is night #2 of the Prelude with a full show for the Northern SportMods, Hobby Stocks, Sport Compacts, and the first ever IMCA STARS Mod Lite Super Nationals winner will be crowned.  Then on Monday, September 6, begins the week long run of America’s Racin’ Vacation.  For more details check the schedule at www.raceboone.com 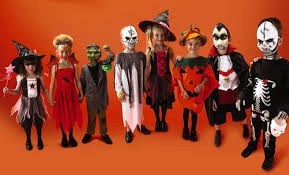 Tomorrow May 2nd is Halloween!! Adult and Kids costume contest! Trick or treating stations set up through the grandstands... read more

Double features slated for Saturday, May 28

Double features take the place of hot laps on Saturday, May 28, 2011, at Boone Speedway. Rain forced an early... read more