Boone Speedway saw some of the best racing of the year on Saturday night, with close racing and thrilling finishes all night long among the 161 race cars filling the pits.

Doug Smith scored his first Friesen Performance IMCA Modified victory at the speedway in a close one at the line.  It was Michael Jaennette coming out on top of a thrilling Sunoco IMCA Stock Car feature, and Jake Sachau got win #2 of the year in the Friesen Performance IMCA Northern SportMods.  Mike Smith went back to back in winning the Sunoco IMCA Hobby Stocks in yet another close finish, and Joe Glick took the win in a Corn Belt Clash Series race in the STARS Mod Lites.

The STARS Mod Lites ran one of their Corn Belt Clash Series races, vying for the $500 prize.  Bryan Zehm jumped to the immediate lead and appeared to be gone in the 20 lap feature.  His good run ended when he had to exit with a flat right rear with a handful of laps remaining. This handed the lead over to Joel Huggins.  With heavy lap traffic playing into the equation, Joe Glick and Randy Bryan had now entered into the picture and would prove to be Huggin’s nemesis. Glick worked the lap traffic to his advantage, making the pass with just two laps to go.  He would then hold it to the checkers and the win.  Huggins had to be content with second place, and Randy Bryan was third.  Steven Kennedy took fourth place after starting twelfth, and Colona, Illinois racer, Jason Masengarb took fifth.  The race went caution free.

Jake Sachau went home with his second feature win of the year in the IMCA Northern SportMods.  Waging a great battle behind the winner was Dusty Masolini in second, who just nipped out Taylor Kuehl in third place, after her great come back from an early slip up.  Danny Fye was fourth, and Hamilton, Missouri racer, Jace Whitt was fifth.  Sachau came from eleventh starting spot to score the win.

Jimmy Gustin shot off into the lead when the race went green for the 20 lap Main event for the IMCA Modifieds.  He soon had Jeremy Mills hot on his tail, rookie to the class, Doug Smith reeling them both in.  Mills took the lead on lap eleven, and just a few laps later, Doug Smith had made his way past Gustin as well, to take the second spot.  The closing laps had the crowd on its feet as the two duked it out.  Just after the white flag flew, Smith was able to make the pass for the lead in corner two, and he would hold on to the flying checkers to seal the win, Mills a close runner up.  Jake McBirnie took third after starting eleventh, Johnathon Logue was fourth, and early leader Jimmy Gustin was fifth.  This was Smith’s first Modified win at the track in the division after moving up from a successful run in the Northern SportMod class.

The Class too Tough to Tame, the IMCA Stock Cars came next for their 20 lap feature.  They never fail to impress and their feature turned into a thriller for fans and drivers alike.  Justin Nehring started on the pole and led the first seven laps of the race.  Then, it was eighth place starter Michael Jaennette who came calling, running the top side and snagged the top spot on lap eight.  As the race wore on, Devin Smith began to reel in the leader and he brought brother Dave Smith along to make it a threesome for a shoot out.  Devin Smith took the low road and sneaked past on lap fourteen, but Jaennette was having none of that, and rallied back into the lead two laps later.  The closing moments had the crowd on its feet once again, as Jaennette held back the Smith brothers to flash across the finish line first and score the victory.  Dave Smith finished second, with brother Devin in third.  Early race leader Justin Nehring was fourth, and Josh Daniels started eleventh and rounded out the top five. The race went caution free.

The night cap was 15 laps of IMCA Hobby Stock racing.  Solomon Bennett looked to be on his way to his first trip to victory lane this year as he led through lap thirteen.  However, it would be Mike Smith who would spoil that vision. Smith had trailed Bennett for most of the race, and in the closing laps had drawn to his bumper and was peeking for a way around.  Those looks paid off on lap fourteen, as Smith grabbed the lead and was then able to hold off Bennett at the flag in another ever so close finish. Bennett had to settle for second place, Curt Reed was third, Erik Knutson finished fourth, and Skyler Pruitt took fifth place.  This was Smith’s second win in as many weeks, and his third of the season, as well as winning the Frostbuster special.

Next Saturday night, June 4, will begin the summer hours for weekly racing.  Hot laps are 6, with racing at 7.  The IMCA Modifieds, Stock Cars, Northern SportMods, Hobby Stocks, and STARS Mod Lites will all be competing.

Dale Hackwell Jr. will start from the pole when he takes the green for career eighth Deery Brothers Summer... read more

Elmquist Towing Company and owner Jake Elmquist are excited about the 2014 Race Season at the Boone Speedway.  They... read more 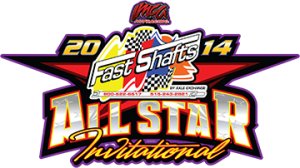 BOONE, Iowa (Sept. 5) – Thirty of the best Modified drivers in the country get their chance to shine... read more