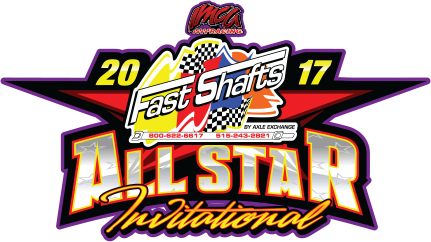 BOONE, Iowa (Aug. 4) – Three more former race winners, along with a trio of first-time honorees are among the second group of drivers elected to start the upcoming Fast Shafts All-Star Invita­tional.

Three All-Stars from each of the five IMCA Modified regions, were elected in the first round of vot­ing. The next 13 All-Stars were elected through at-large balloting from the 116 remaining candi­dates.

All 13 have been contacted by IMCA and confirmed that they would compete at Super Nationals.

Abelson is a former national champion and joins Noteboom on the career 100 wins list for the division. Shute and Taylor have won Super Nationals championships, as has Duffy in a Late Model.

Bowers, Ward and Wolla, the new national points leader, each won state crowns in 2016, in addition to qualifying events.

Brown, Dripps, Duffy, Jergens, Money and Payne all raced their way onto the ballot by winning weekly or special events that paid $1,000 or more. Payne is the five-time and defending Duel In The Desert winner and is entered in his first Super Nationals.

Noteboom makes his career 10th All-Star start while Abelson and Ward are each in for the sev­enth time.

Taylor was elected to his sixth All-Star race, Shute to his fifth, Wolla to his fourth, Dripps to his third and Brown, Duffy and Jergens each to their second.

Completing the starting grid of 30 will be All-Star candidates with the top national point to­tal and the most 40-point feature wins as of Aug. 31 competing at Super Nationals.

BOONE, Iowa – A season’s worth of bragging rights will be on the line Saturday, Sept. 10, when race... read more

AMSOIL to sponsor Boone Speedway in 2013

BOONE, Iowa – Drivers in all classes will have extra incentive to race at Boone Speedway in 2013. AMSOIL,... read more