One of the most unique races in the country was on tap at the Boone Speedway Saturday night, with the running of the Hawkeye Challenge.  Mother Nature tried to stop the racing before it began, but the track crew got the track back in racing condition after a persistent mist fell, and the program was only 16 minutes late in starting.

The Hawkeye Challenge is one of the most unique races in the country…perhaps the world, and held right here at the Boone Speedway.  It pits four cars from each of six different classes, running at the same time.  Each class is designated as to how many laps it needs to make, and the one completing that number of laps first, is the over all winner.  The Sprint cars had to run 25 laps, Modifieds 23 laps, SportMods and Mod Lites 22 laps, Stock Cars 21 laps, and Hobby Stocks 20 laps.  When all was said and done, it was Mike Johnston in the Sprint Car class taking the over all win, and going home $1,000 richer.  Other class winners going home with $500 were Mike VanGenderen in the Modifieds, Mike Goldsberry in the Stock Cars, SportMod winner was Johnathon Logue, Mike Smith was the winner in the Hobby Stocks, and Josh May won the Mod Lites.

Regular series feature racing kicked off with the IMCA STARS Mod Lites.  Bryan Zehm would lead all 15 laps of the race and take the easy win.  It was an epic battle behind him however, as Josh May, Randy Bryan, and Mike Kennedy duked it out for position.   Following the leader across the line at the checkers, it was May in the runner up spot, Kennedy took third, and with Bryan suddenly off power and out of the race, it was Jon Braathun taking fourth, and Cody Yaw rounded out the top five.  Zehm matched his win from last week.

Tom Lathrop grabbed the lead for the start of the 18 lap IMCA Northern SportMod feature and was looking strong, still leading at lap thirteen.  However, by that time, Johnathon Logue had moved through the pack from starting twelve and into second, and was applying the pressure.  Just after lap thirteen was in the books, Logue made his move coming out of turn two, and flew into the lead.  He would then hold that top spot the remaining distance to the checkers….his fourth in a row.  Izac Mallicoat started ninth, and took the runner up position, getting around third place Tom Lathrop in the closing laps.  Chris Burke took fourth, and seventeen year old Camdan Vincent, was fifth. Logue had a successful night at the speedway after his earlier division win in the Hawkeye Challenge.  This feature win also marked his seventh season win of the year, as well as winning the Frostbuster special.

The IMCA Modifieds came to the track next for their 20 lapper.  Ron Hults was the early race leader, as cars were duking it out behind him, going 3 and 4 wide.  A yellow flew at lap seven, and by this time Paul Nagle and Mike VanGenderen were right behind, and eager for the restart.  By the time lap eight was in the books, it was the Flying Dutchman, Mike VanGenderen at the helm, a lead he would keep to the checkers, and his first win of the year at the track.  Cory Sauerman crossed the line in second, Paul Nagle in third, Jeremy Mills was fourth, and Tony Hofbauer was fifth.  VanGenderen had earlier won the Modified portion of the Hawkeye Challenge as well.

The Class too Tough to Tame, the IMCA Stock Cars rolled out next for their 20 lap feature.  Polesitter Mike House was the early race leader but at the halfway mark, David Smith had taken over, coming from fourteenth starting spot.  A couple of late race cautions were no bother to Smith, as he kept his lead to the checkers, sealing the win.  Brother Donavon Smith started tenth, and took second place, Mathew West was third, Tyler Pickett took fourth, and Jay Schmidt started thirteenth, and finished fifth.  This was Smith’s second trip to Victory Lane for the season.

The night cap was the 15 lap IMCA Hobby Stock A Main event, which went flag to flag.  This was led all but the opening lap by young Mike Smith.  Smith cruised along unhindered on the topside of the track, and took the easy win.  Following a good distance behind in second place was Shaun Wirtz.  Matt McDonald finished third, Solomon Bennett was fourth, and Braden Richards, last weeks winner, was fifth.  Smith also had a very successful night, as he also won the Hobby Stock portion of the Hawkeye Challenge.  He is the son of Stock Car feature winner, David Smith.

Next Saturday night, July 3, is weekly racing series #12, with racing in all five regular IMCA classes plus 2-Man Cruiser Cars.  Gates open at 5:30, hot laps at 6, and racing at 7.

June 28,2014 Mother Nature tried, but failed, to stop the racing at the Boone Speedway on Saturday night.  The Speedway... read more

July 19, 2014 One of the largest crowds of the year on KCWI night at  the Boone Speedway got to... read more 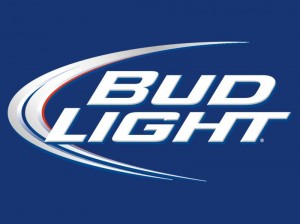