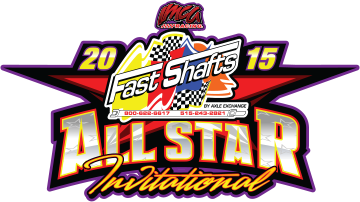 alphabetically from A-J and K-Z and five votes must be cast for drivers in each half of the alphabet; ballots can be cast once a day per Facebook account.

Voting ends at noon next Monday, July 27 to select 14 Xtreme Motor Sports IMCA Modified drivers from a candidate list that includes winners of events paying $1,000 or more held through July 15, plus 2014 state and regional champions.

Another 14 All-Stars, chosen from 40-point feature winners of sanctioned Modified events held between June 19 and July 16, advance from the second round of voting scheduled for July 29 to Aug. 5.

Two drivers from each of the five regions and four at-large drivers will be elected in each round of voting.

The 12th annual invitational will be Friday, Sept. 11 during the IMCA Speedway Motors Super Nationals fueled by Casey’s at Boone Speedway. Completing the starting grid for the 30-lapper will be All-Star candidates with the top national point total and the most feature wins as of Sept. 4 competing at Super Nationals.

Winners will be notified and their names announced as soon as possible after each round of voting. The All-Star Invitational pays $1,000 to win and $200 to start.

It was season championships presented by Casey's at the Boone Speedway Saturday night. Mother Nature tried her best to... read more

Apr 11, 2015 It was the season opener on Saturday night at the Boone Speedway for the regular weekly racing.... read more