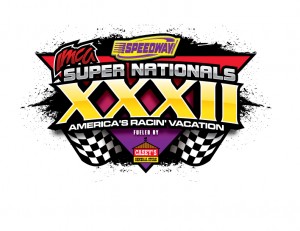 Tuesday as a qualifier for the Saturday night SportMod main event.

The 15-year-old Independence High School sophomore has come to Super Nationals in the capacity of race fan the last two years. He finished fourth in his qualifier, in a borrowed ride.

“It was better than anything I’ve ever done,” said Dotson, who had four feature wins and “way too many seconds” to show so far for his first full year in the division. “I’d be happy with a top five finish of Saturday but I’m always shooting for the win.”

He raced in a local stock class before making the switch to a SportMod last season.

“What I like best about this class is that we can race at any sanctioned track we want and don’t have to change the car,” Dotson said. “I like going to other tracks knowing we’ll be legal when we get there.

Having sealed the deal at 12:20 p.m. this afternoon, Tim Czarneski will race both his newly-purchased Stock Car and his Modified at Super Nationals this week.

The Denmark, Wis., driver will be trying to match the 2004 accomplishment of buddy Benji LaCrosse in qualifying for main events in both divisions.

A Modified regular at 141 Speedway – and a winner of one of the Red, White and Blue Series races there this season – Czarneski has just four Stock Car starts to his credit this season.

Time is at an ever greater premium as Czarneski and his wife Leah welcomed their fourth son Reed on May 6. Family activities keep both busy and Czarneski has added Pop Warner football coach to his parental resume.

This is the seventh September he’s brought a Modified to Super Nationals.

“We look forward to this every year,” he said. “We have a good time and just keep coming back.”

Draw/redraw show on schedule for Sept. 5 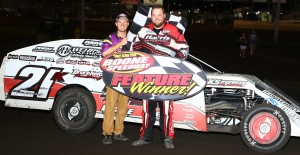 September 05, 2015 The Boone Speedway held the Inaugural running of the "Prelude to the Super Nationals" on Saturday night.... read more