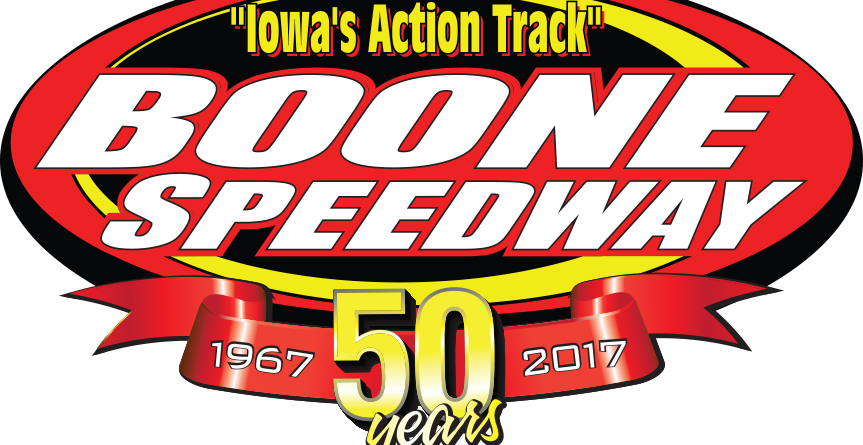 Mike Kennedy led the opening laps of the 15 lap Mod Lite feature, with Travis Stensland tailing him.  Stensland was able to get around Kennedy at lap nine, to take the lead.  Kennedy was soon dogged by tenth place starter Bryan Zehm, who had thrown his hat into the ring.  Zehm continued his run to the front, and took over as captain of the ship with just two laps remaining.  He would hold that lead to the flying checkers and the win.  Stensland held on to second place, Kennedy was third, Josh May finished fourth and Charlie Brown completed the top five.  Zehm now has seven wins under his belt for 2017.

Jake McBirnie returned to the winner’s circle in the IMCA Northern SportMod class.  McBirnie came from tenth starting position to grab the lead away from Taylor Musselman at lap ten.  McBirnie then put distance between himself and the rest of the field, scoring the victory.  Musselman held on to the runner up spot, pole sitter Lonnie Hodges finished in third place, Cory Pestotnik finished fourth, and Thomas Egenberger was fifth.  The race went flag to flag.  This marked the third regular season win for McBirnie.

In the 20 lap IMCA Modified A feature, it was Tim Ward dominating the race and taking the win.  Ward led the entire event to capture his first time to win at Boone.  Ward outdistanced second place finisher Russ Dickerson, who was able to slip by third place Josh Truman in the final lap.  Point leader Mike VanGenderen started twelfth, and finished fourth, and Randy Havlik filled out the top five.

Cody Gustoff was the winner in the 18 lap IMCA Stock Car feature.  Gustoff, who is in his rookie season in the division after jumping up from the Hobby Stock ranks, took command of the lead at lap five, and never looked back.  Last week’s winner Devin Smith, made good recovery to finish a close second after twice pushing up in corner four and losing ground.  Trent Murphy had to qualify through the B main, started twenty-second, and finished third, fourth went to Matt West, and Tyler Pickett was fifth.  Gustoff has won in the Hobby Stock division in past years, but this was his first win in the Stock Car class.

Seth Janssen had good command of the IMCA Hobby Stock A main, leading comfortably with just a lap remaining.  That’s when a yellow flag flew, making it a green-white-checkered finish.  Solomon Bennett had gotten to the runner up spot in the waning laps, but when the race restarted, he was unable to do more than chase winner Janssen across the line to finish second.  Last week’s winner, Shaun Wirtz, took third place, Ray Stock, Jr. was fourth and Ryan Wells finished fifth after starting fourteenth on the grid.  This was Janssen’s first win of the season.

Next Saturday, August 26, is season championship night.  Track champion titles will go to drivers in all five divisions.  Hot laps are 6:30 and racing at 7:30.

Hope For The Warriors receives donations from Casey’s, IMCA during Super Nationals 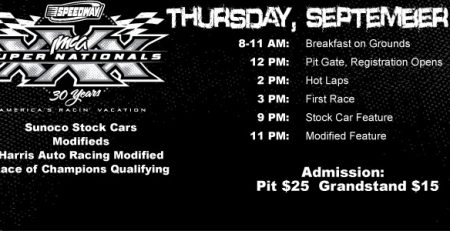 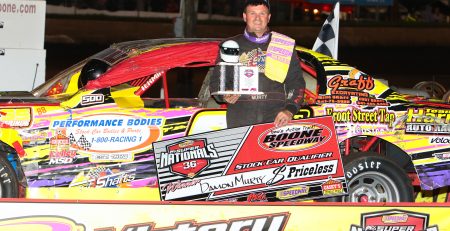