Dotson led all 40 laps of the Modified main event at Boone Speedway, outrunning 2016 champion Ricky Thornton Jr. of Adel, Cody Laney of Torrance, Calif., and defending champion Jeff Aikey of Cedar Falls in the race to what proved to be $5,800 checkers.

From Bakersfield and the first Californian to win a Super Nationals crown in any division, Dotson weathered five cautions before midway, then a stoppage on the 22nd of 40 laps when intermittent rain brought about a quick track prep session.

Thornton, looking for his second championship of the week after winning Monday’s Deery Brothers Summer Series Late Model main event, challenged but never made his bid for the lead stick.

“We’ve been coming to Super Nationals for about six years now,” said Dotson, fourth in main events for the Northern SportMods in 2014 and for the Modifieds last year. “The first time we wanted to get in the tech tent. Then we wanted to win the show.”

“This (win) means everything to me,” he added. “This is the biggest dirt track race in the world.”

Two-time champions were Devin Smith of Lake City in the Stock Cars and Johnathon Logue of Boone in the Northern SportMods.

Smith and Logue had both won first championships in 2014.

And Dylan Nelson of Adel earned his first Super Nationals title with a convincing run at the front of the Hobby Stock field. Second went to Dunlap’s Kevin Bruck.

Two other events saw their first repeat winners, Corey Madden of Avoca in the Stephenville Starter Race of Champions for Hobby Stocks and Doug Smith of Lake City in the BSB Manufacturing SportMod Race of Champions.

More than 800 drivers in six divisions competed over the course of the Sept. 2-7 Super Nationals, including 229 Modifieds and an event record 203 Stock Cars.

Also of note, Hesston Shaw became the first Oklahoma driver to make the Stock Car main event, and brothers Cody Stone and Cory Stone were the first from New Mexico to make the Hobby Stock show.

Twenty-six states, Canada and Australia were represented by entries at the 37th annual Super Nationals, which saw a total purse of $300,000 and $60,000 in contingencies awarded. 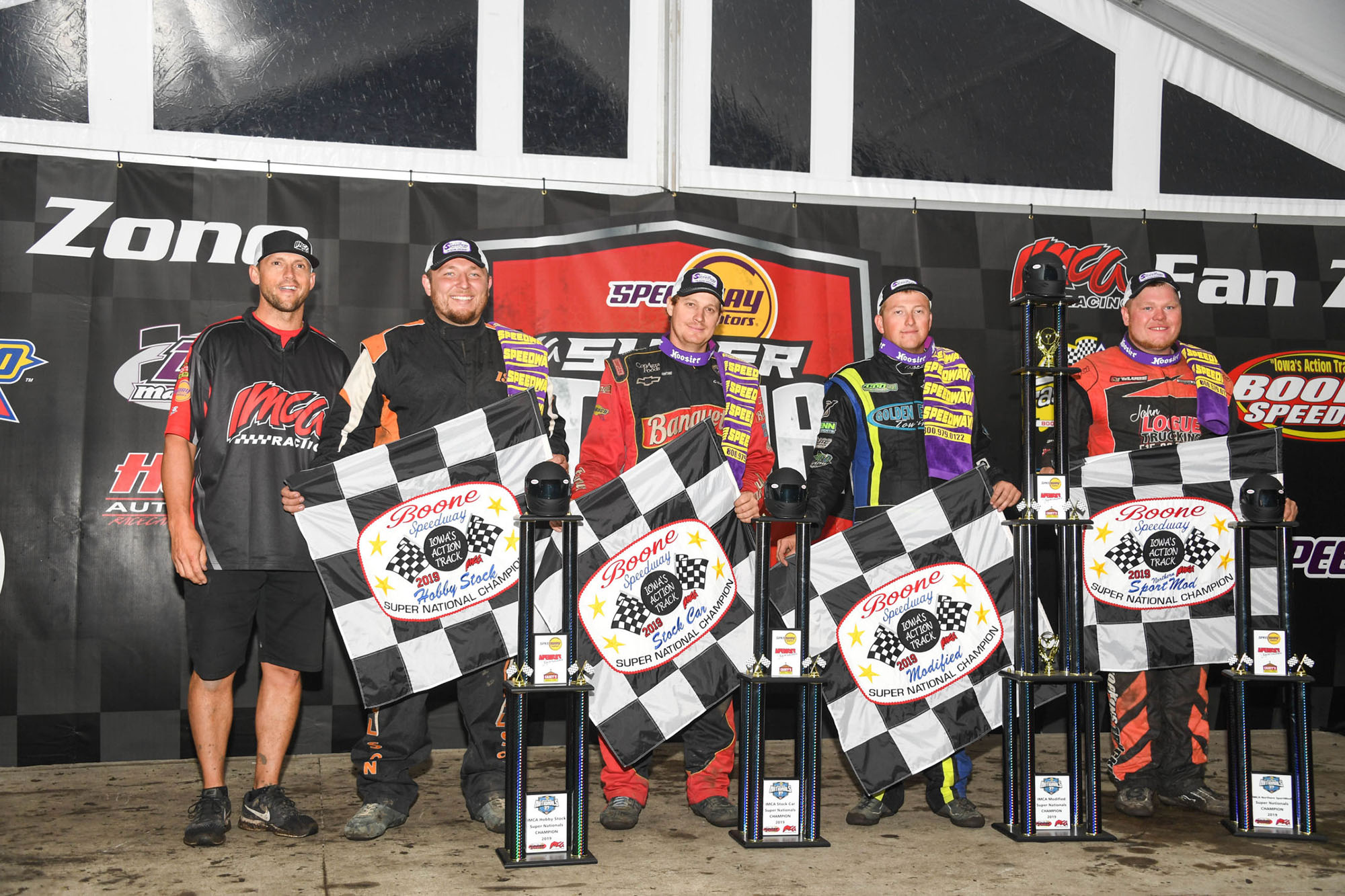 Races Cancelled for May 18

Due to heavy rain moving into the area, races for May 18 have been cancelled read more 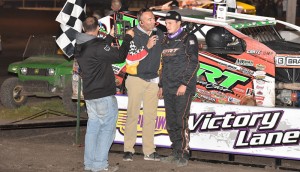 BOONE, Iowa – As if the sense of accomplishment wasn’t enough, main event qualifiers in five divisions at upcoming... read more