Boone Speedway held its sixth annual Prelude to the Super Nationals on Saturday night, and a record breaking 412 cars came to tune up.  For the first time, the IMCA Sport Compacts were included, joining the Modifieds, Stock Cars, Northern SportMods, and Hobby Stocks.

Feature racing kicked off with the 25 lap IMCA Northern SportMod A main.  Guy Ahlwardt, Antioch, California snatched the lead away from track champion Johnathon Logue, who had led from the start, on lap fifteen, only to have Rocky Caudle take his turn as the leader with just three laps remaining.  A caution at lap twenty-three tightened the field for the restart with Ahlwardt running second and fifteenth place starter Brayton Carter setting in third.  It was a frantic dash to the finish line as the three came out of corner four, with Caudle holding off Carter by 8/1000th of a second to take the checkers.  Ahlwardt took third, Nate Whitehurst was fourth, and Johnathon Logue rounding out the top five.

The IMCA Sport Compacts were on the docket for their inaugural Prelude appearance.  They ran a 20 lap feature that found Durant, Iowa’s Jake Benischek take the dominating win.  Benischek powered to the lead from his seventh starting spot by lap two, and never looked back.   Trent Orwig, Ottumwa, Iowa trailed a distant second, Mitchell Bunch, Des Moines, was the hard charger, coming from twenty-fourth starting spot, to finish third, Drake Bohlmeyer, Beatrice, Nebraska was fourth, and Danny Vanderveen, Sioux City, was fifth.

One hundred twenty IMCA Modifieds were on hand for competition, and standing in victory lane at the end of their 25 lap feature was Susanville, California’s Riley Simmons.  Simmons became the first driver to win the Modified Prelude from out of state.  Simmons led from the drop of the green, in the race that went flag to flag. Jake McBirnie chased Simmons the entire distance, but finished a distant runner up.  Tim Ward took third, Cody Laney, Torrence, California finished fourth, and defending Super Nationals Champion Ethan Dotson was fifth.  The race was also a Fast Shafts All-Star ballot qualifier for 2021.

The IMCA Stock Cars followed up with another caution free contest in their 25 lapper.  Five drivers put on quite a show up front for the fans in this one.  Two Wisconsin racers, Jeremy Christians and Brandon Czarapata were joined by Iowans David Smith, Kelly Shryock, and Ricky Thornton in a real barn burner.  David Smith came out on top of the battle, scoring the win over Christians in second place.  Last year’s Prelude winner, Kelly Shryock started eleventh and finished third, and Czarapata and Thornton rounded out the top five.

Wayne Gifford had not been having such a hot year in the IMCA Hobby Stock class, but he finally found victory lane for the first time at the speedway in 2020.  Gifford was impressive, working himself from sixteenth starting spot and into the lead at lap seventeen of the the 25 lap event.  The final circuits saw Gifford pull away to take a comfortable win.  Polesitter Dylan Nelson finished second, third went to sixth place starter Eric Knutson, Hays, Kansas racer Tathan Burkhart started thirteenth and finished fourth, and Zach Ankrum, Sioux City, was fifth. 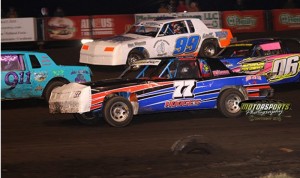 BOONE, Iowa – While Mother Nature has played spoiler to many race programs across Iowa so far in 2013,... read more 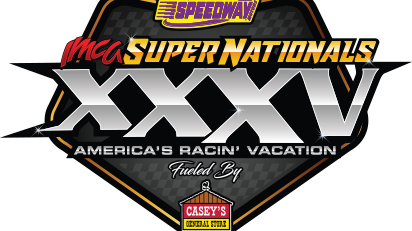 BOONE, Iowa – As its name would imply, Boone Speedway’s 50th anniversary event will serve as a Prelude to... read more

Don't forget about our Boxcar Races this Saturday for Father's Day! Dads: Make sure you help your kids build and... read more