BOONE, Iowa (Sept. 7) – Racing around a lapped car coming to the Friday checkers, Todd Reitzler raced his way onto the front row Saturday at the IMCA Speedway Motors Super Nation­als.

Chased by Marcus Fagan, Reitzler earned the outside pole of the Stock Car main event with a deft move down the front straightaway. He was one of four drivers doing time at the front of a qualify­ing feature that had cars running three-wide and more for much of its 25 laps.

Jim Larson led 10 of those circuits and ended in third. The rest of the top eight advancing to the big show were Shawn Havel, Stefan Sybesma, Luke Sathoff, Dean Wray and Devin Snellen­berger.

Larson took the point from Perry Misner on the third lap. Three cautions near midway kept the field close before a Larson bobble opened the door for Sybesma.

Reitzler took charge the next time around; Fagan ran second the last nine laps. Havel and Snellen­berger both qualified after advancing 18 positions.

Sybesma will start the Stock Car main event at Super Nationals for the third time, Fagan for the second. The addition of Reitzler, Larson, Havel, Sathoff, Wray and Snellenberger puts the num­ber of first-time qualifiers for the division at 11.

Larson joins his son Dustin in the Saturday field while Snellenberger follows in the Super Nation­als footsteps of his father Rod, a four-time qualifier for the main event. 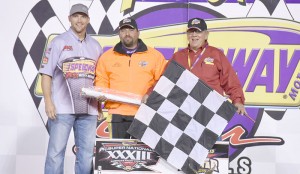 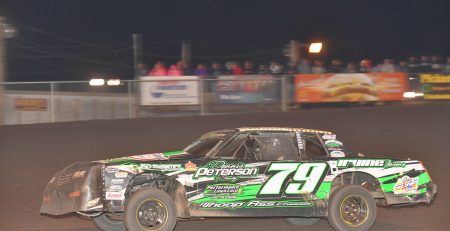 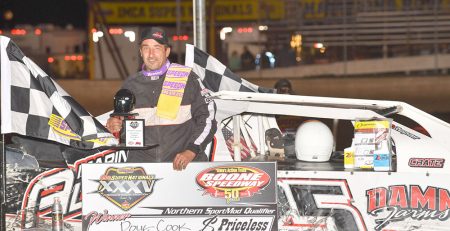