The Boone Speedway held its first Super Saturday of the 2020 season Saturday night.  Nick Roberts took home the $1,000 prize in the Snap-On-Tools IMCA Modified class as well as securing a berth on the IMCA Super Nationals All-Star Invitational ballot.  Extra money was also on the line for the Elmquist IMCA Northern SportMods, and it was Johnathon Logue taking home that $750 prize. Donavon Smith won his second Arnold Motor Supply IMCA Stock Car feature of the season, and his nephew Mike Smith took the checkers in the Pickett Salvage IMCA Hobby Stock class.  It was Jeff Stensland taking the trophy in the Mod Lite division, and the team of Don Mason and Mike Again returned to victory lane for the third time this season when they won the Cruiser feature.

Jeff Stensland led all 15-laps of the Mod Lite feature on the way to win #1 at the track this season.  He grabbed the lead quickly from his fifth starting position, weathered three yellow flag restarts, and held off the pack to secure the win.  Bryan Zehm took the runner up spot, just squeaking by third place Mike Kennedy as they crossed the finish line.  Randy Bryan and Cody Yaw rounded out the top five.

The IMCA Northern SportMods ran a 25-lap feature for the extra pay day.  Most of the race was a side by side shoot out between early leader Colby Fett, and Johnathon Logue.  Logue caught up to Fett at lap seven and the two battled back and forth, side-by-side, lap after lap, until Logue finally established the top spot for good on lap seventeen, and held off any challengers to take the win.  Fett would finish as the runner up, Ely, Iowa racer Gage Neal was third, fourth went to Josh Appel, and Dusty Masolini was fifth.  The race went flag to flag.

The IMCA Modifieds ran a 30-lap main event for their $1,000 to win contest.  Nick Roberts went home with this prize, leading all laps to take the checkers in convincing fashion.  He finished comfortably ahead of second place Tim Ward.  Ethan Braaksma ran at the front of the pack all race long and finished third.  Fourth went to twelfth place starter, and rookie to the class, Jake McBirnie, and Paul Nagle was hard charger, coming from seventeenth to finish fifth.

Donavon Smith scored his second win of the season in the IMCA Stock Cars, in a race that would go green to checkers.  Smith, who started eleventh, over took then leader Scott Davis at lap ten, took the low road out of turn four and had the lead at the flag stand.  Smith then motored off from the field to take the easy win.  Davis held on to second, Chanse Hollatz was third, fourth went to Tyler Pickett, and Kyle Everts finished fifth.

Mike Smith matched his uncle’s win in the Stock Cars when he captured the IMCA Hobby Stock A main.  Smith had the lead before a handful of laps were in the books and then never looked back  on his way to victory.  There were clusters of cars vying for position behind him however, and when it all got sorted out, Seth Janssen came out as the runner up to chase the leader across the line. Finishing a close third was Miciah Hidlebaugh, Shaun Wirtz was fourth, and Solomon Bennett took fifth.

Next Saturday night will be the 4th of July special at the Boone Speedway.  All classes will be running except the IMCA Hobby Stocks and the Cruisers.  Also on the docket will be a roll over contest and leap of death, as well as a 4th of July fireworks display.  Hot laps are 5 p.m. with racing at 6. 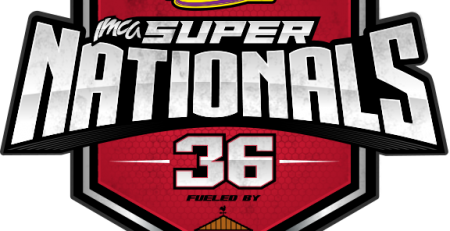 Entries at record 842 for Super Nationals