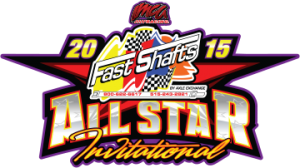 among the first 14 drivers elected to start the 2015 race.

Elected to the All-Star field from the Western Region were Ricky Thornton Jr. and Tim Ward, both of Chandler, Ariz.; Jimmy Gustin of Marshalltown and Richie Gustin of Gilman from the North Cen­tral Region; Grabouski and Jeff Taylor of Cave City, Ark., from the Central Region; William Gould of Calera, Okla., and Keith White of Little River Academy, Texas, from the South Central Region; and Strickler and A.J. Ward of Ionia, Mich., from the Eastern Region.

Jimmy Gustin was the top overall vote recipient with nearly 107,000 ballots cast for the first 130 candidates. A.J. Ward takes the starting spot of Ken Schrader, who is unable to attend Super Nation­als.

Marriott and Shryock will both start their first All-Star Invitationals. Richie Gustin and A.J. Ward are second-time starters.

Alvarado, Gould, Grabouski, Strickler and Thornton are each in for the third time, Jimmy Gustin and Shute for the fourth.

Taylor and White are now five-time All-Stars. Tim Ward will start the Invitational for the sixth time.

Round two voting, with the field of candidates including all winners of 40-point Modified features held between June 19 and July 16, begins Wednesday, July 29 and continues to Aug. 5.

Completing the starting grid will be All-Star candidates with the top national point total and the most 40-point feature wins as of Sept. 4 competing at Super Nationals. 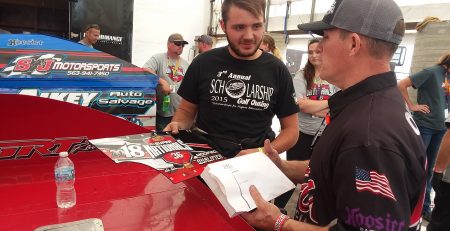 What’s already been a pretty good season for Mitchell Hunt got even better early Thursday afternoon.

Hunt ran fourth in the second of two rescheduled Modified qualifying features to earn his career-first start in the... read more 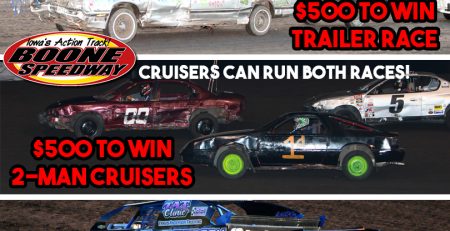 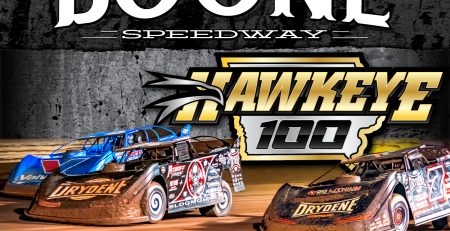 Link to Event info and Schedule for Hawkeye 100